Say it before its Too Late

Before telling you my opinion let me share a small story with you that resemble many love stories that ends without any results.
Once upon a time in a college, around 500 students enter the gates as first year students. Schools have just ended and they were stepping in a totally new environment. I don’t know it happens to you but as far as my experience teaches me, college time is a very confusing time. We spend at least 6 hours in thinking, planning and deciding many things around you, daily till first semester. 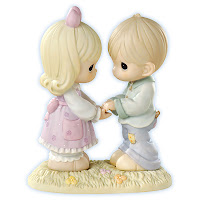 And during that instance, a boy sees a girl, and in the first moment the girl becomes his crush. In second moment he falls in love with her. He tells his friends about his crush (love). He tries for friendship with her and succeeds. But he doesn’t tell her his intentions. And in one or two months a group formed consist his friend and her friends. He still in love with her but didn’t told or even drop ant hint, just loving her secretly. His friends tell him to go and propose but he is afraid. But he is afraid of what? He is afraid of losing her. He is afraid of “what will he do if she said no?” He is afraid of if he propose her, he may lose the friendship they have. He is afraid of his image of dude. And as expected he didn’t tell her and two years passed like someone has thrown sands of times. He still loves her, care for her. He help her out of every problem, he becomes her shadow. They like each other’s company. Study together, eat together, half of the college think they are couple. Even she starts feeling in love with him now. But no one said any word. The girl’s problem was “Boy Should Take the Initiative, Girls Never Propose First”. And soon two more years slip away. Then there comes the final day of the college, The Farewell. Still both are unsure of each other. Celebration in the party was on the full swing. Juniors saying some lines about seniors, teachers coming and going on and from stage, every senior was busy in other things. Then some on stage said, “All the couples stand up and join the DJ for couple dance.” Awkwardness fills the mind of both of them. But this time the boy stands up and asks for her hand for helping her to stand. Both come on the dance floor, she was in his arms both trying to dance normally, but they are not able to cope up with their heart, millions thoughts entering and exiting the mind of both of them. Still none of them said a single word. 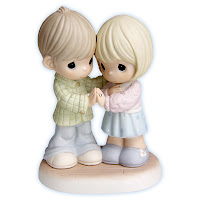 Boy’s thoughts “What will I do when she will leave the college? I am addicted to her. I am addicted to see her eyes, her lips, and a small mole on lower lip, her cute nose, her soft cheeks, and her chiseled body. I can’t let her go like this. I was stupid and total dumb.”
Girl’s thoughts “Why I fall for this stupid? He doesn’t even have guts to say ‘I love you’. What he thinks of himself? At least drop some hint idiot if you really love me. ”
In that moment of celebration, something strange happens that you may not believe.  Two, small, silver drops slip from two different eyes. They didn’t cry themselves; they didn’t give the signal but the universe. The universe want them to meet, the universe want them to be with each other. So universe drops the most romantic sign of love. Both said in unison “I Love You”. It was happening and they couldn’t help that. In the next moment, their lips met and lost in each other. Everyone was looking in amazement at them, but no one wanted them to separate. After 10 seconds they get their senses back, I think universe have lift its control from them. Even they could not believe what just has happened. But both was happy and on the cloud nine. Later on they marry each other and live happily ever after. 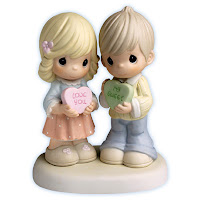 So I think this story had told you many things that I wanted to say. If you love someone, tell her/him now. Don’t expect a yes every time and don’t waste your time waiting for someone who will not return, just accept the reality and move on. There is “The One” for every one on earth.

Life is a very fast process and very short too, may be it won’t wait for you.